Moms of twins or triplets often question if and when to separate their multiples into different bedrooms.   Of course, some families only have one “child’s bedroom” — so the answer to that is easy enough!  But if you do have the space to separate your multiples … should you? 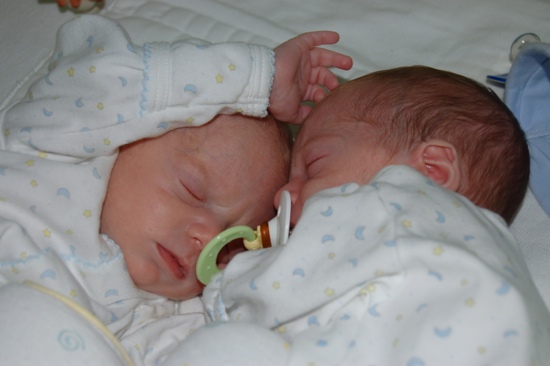 Twins — for obvious reasons — are used to being in close proximity.  My twins, like many others, drew comfort from being close to each other in the early days.  After all, the only thing they have ever known is being scrunched up against their brother. 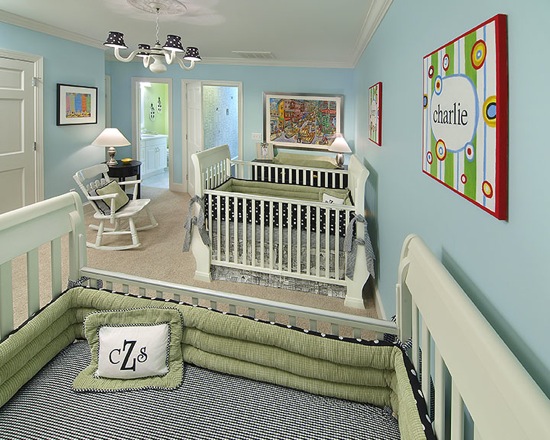 My teensy Twin A — the one who did a short stint in the NICU — had horrible reflux, however, and had to be woken much more often to eat than Twin B — so their crib-sharing days were short-lived.  But they’ve always shared a room … and I intend to keep them “bunked up” for quite some time.  Even if the room itself is shared, I think it’s important to give each twin his or her “own” things.  One of my favorite ways to do this is by using the twin’s name or monogram to designate separate “space” — usually a crib or a bed. 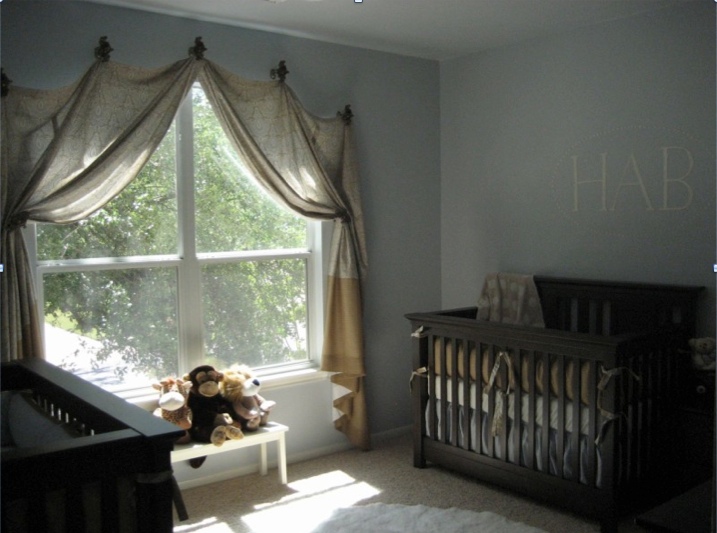 See how Heather Harkovich — one of my talented designer friends and co-owner, with her husband Scott, of Heather Scott Home — did this in a precious twin nursery she designed?  There’s also a very practical reason for identifying each crib.  If the twins are identical and on different feeding schedules, the name or monogram often helps a tired parent or other caregiver quickly know which is which.  Remember, it’s the middle of the night!

If the parents have chosen to color-coordinate their twins, I like to include each twin’s color in his bedding or other decor … especially as they get older and show a true preference for that color.  The design board represents several selections for a room I designed for identical twin boys — one who adores blue (“his” color) and the other who adores green (“his” color).

The most common reason I hear for separating twins into different bedrooms is that their sleep patterns are different.  One twin may need more sleep than the other — and being together often makes it hard to get that extra rest.  Of  course, as twins grow, they often have an increased desire for privacy  … which is compounded if they are boy/girl twins.   For the record, boy/girl twins cannot be identical.  Ha!  You’d be surprised how often moms of boy/girl twins get asked that question. 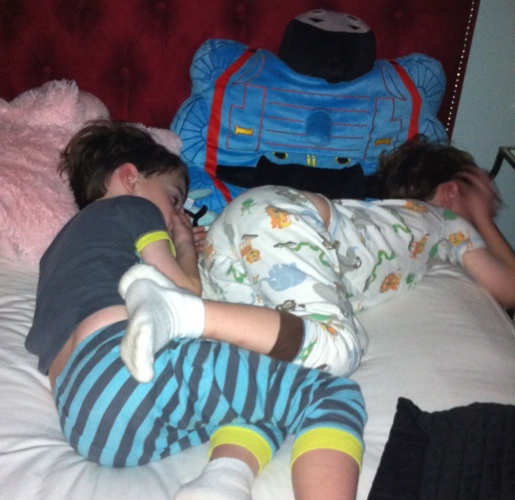 My boys are almost six years old, and Twin B has — on rare occasion — asked about his own room.  So far, I’ve resisted … because I still find them like this.  The most important thing to remember, however, is that — even though they are twins — they are also individuals.  What works for one family won’t work for another. 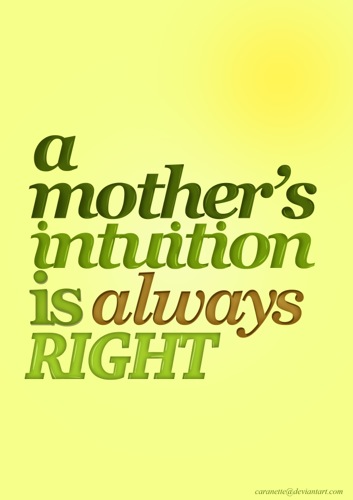 Twin and triplet moms, trust your intuition.  You’ll know when they should share a bedroom and when it’s time to split them up!

Candid photography by moi; tzd nursery photo by Wayne Morris Photography.  Thanks to Heather Harkovich for sharing the nursery she designed.  Mother’s Intuition by caranette.